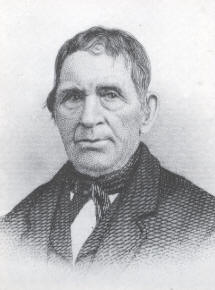 Seth Boyden was a well-known 19th-century inventor and horticulturalist who lived most of his life in Essex County. Thomas Edison is even said to have called him “one of America’s greatest inventors.”

Boyden is credited with perfecting the process for producing patent leather and creating malleable iron, and he was also known for developing a hybrid strawberry known as the Hilton strawberry. (Thus the name of our garden, Strawberry Fields.)

His New York Times obituary ended this way: “During all his life this remarkable man, whose inventions have made millions for others, was himself, poor, but his poverty was forgotten in his genial spirits and his noble life. Up to the latest days of his life, the thoughts that had accompanied him from early manhood and that had accomplished so many beneficial results, were still working after further discoveries; his intellect as clear and his spirits as ambitious as ever.”